As you may know, had you read my previous blogs, I am a big fan of GBBO. A couple of weeks ago, Paul directed the contestants to make a Kanellängd as part of the Technical Challenge. It looked so good (when he demonstrated the technique) I had to try. The contestants did not have the advantage of seeing Paul make this which resulted in varying degrees of success, so I had a big step up. Theirs did not look all that appealing, mine was outstanding, in both looks and taste. (

Luckily, I have long arms and can pat myself on the back easily and often.) Sadly, I only made a half a Kanellängd, not sure of the final result. More sadly, a half loaf of Kanellängd is only enough for QC, snack and breakfast. Next time a full Kanellängd loaf, to have enough to share.

Kanellängd? Think cinnamon bun but not as sticky and made in a loaf. Kanellängd is akin to the Kanelbullen but is a plaited loaf and may be cut with a bread knife or simply torn at the thin spine of the plait, while  Kanelbullen is the individual cinnamon bun. The house smelled like cinnamon all afternoon, which isn’t a bad thing.  Try this, you won’t be sorry. 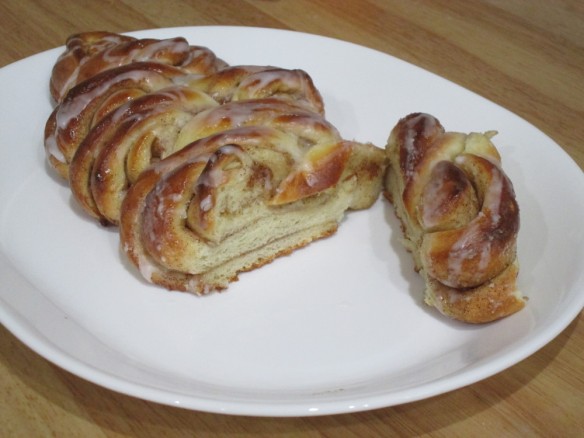