I saw a recipe and tutorial on Food.net last week and thought it would be fun to make and take to a Christmas party we are going to. This bread recipe is a little sweeter than my usual making it taste a little like a Danish pastry. Plus two eggs in 4 cups or 500g AP flour yields a Challah sort of flavor.

The Food.net video tutorial was a great help in cutting and arranging Santas parts. (Search for Food.net Santa Bread.

The instructions they provided were spot on. Follow them and you will have no problems. 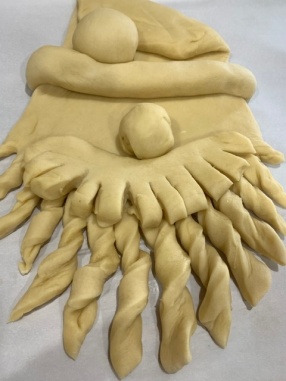 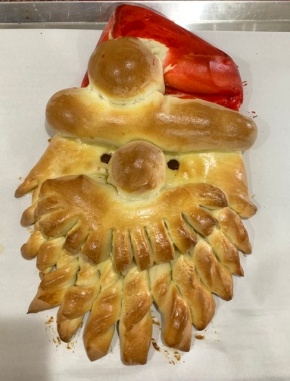