Last week I made a light right sandwich rye. Good crumb, great taste, nice crust. Today I kicked up the percent pumpernickel flour and reduced the light rye flour. I added an egg wash to increase the color of the crust. Better taste, similar crumb and great crust!

Along with the rye experiment, I made another loaf of Honey White bread which has become our staple. I also made some raspberry scones and blackberry hand pies. Busy morning!

Back to the experiment and on to Part – 3 the Final. This Part was supposed to be completed last week, but due to an unfortunate brain freeze I used the wrong flour. This time I used the First Clear Flour instead of the AP flour used by mistake in Part 2a. (Ahhh, to be 65 again!)

However, this time I also used a Dutch Oven instead of baking uncovered. The rationale is I want the best combination of crumb, crust and flavor. The Dutch Oven provided the traditional chewy ‘Deli Rye’ crust. This recipe and method is a winner!!

So the recipe remains the same as Part 2, except I used a Dutch Oven. I used First Clear and Pumpernickel flours. I used an egg wash when there were about 15 minutes left in the bake. In my case I added it when the internal bread temperature was 195 deg. F.

I was going to continue the experiment with Part 3, but wanted to try this new recipe I found at ayearinbread.blogspot.com. It’s interesting as it uses bread flour, molasses and citric acid. It had a good flavor, crumb and a great crust. Oh, I also needed to make a few (3) loaves of white sandwich bread for PB&J lunches. The oddest thing happened with the white bread. Two of the loaf rose nice and round, but one fell. No idea.

Oops! I used the pumpernickel flour but forgot to use First Clear instead of AP flour. The plan was to use the best combination of ingredients to make the best loaf of rye bread.

Maybe tomorrow I will read my own instructions all the way through before baking. The results were pretty darn good today, though!

As I said in Part 1, this variation will simply substitute First Clear Flour for the White Rye in Part 1. I added an egg/water wash to this loaf to increase the color of the bread. I did not coat the finished warm bread with butter, which darkened the Part 1 loaf. I also baked it in the bottom of a Dutch Oven to help keep its shape. (No real difference.) I won’t publish the recipe again, just go to Part 1 and make the change noted above.

Manufacturing reports the crumb may be a little better. The holes are slightly larger and more evenly distributed. The crust is a little chewier and darkened just about right. The rise was higher. QC has yet to report.

Part 3 will substitute Rye Bread Improver for the Vital Wheat Gluten. I am thinking Part 4 will be the winner of Parts 1-3 and substituting pumpernickel flour for the other rye flour. Stay tuned.

Fran and I are self quarantining so we can join Daniel and Frances’s “pod” for Christmas and New Years. To pass the days I decided to experiment with variations of rye bread recipes. KAB has a good, basic caraway seed rye bread recipe, which I used as a starting place. (Recipe below.)

Following the recipe as written resulted in a well risen, soft rye bread with a good crumb. Today’s roast beef sandwich with lettuce, jalapeños and lettuce was excellent.

The first variation is to replace the white rye flour with first clear flour. In case you were wondering first clear flour is what remains after milling patent flour. It compensates for the low gluten content of rye flour. It is the traditional flour used in Jewish bakeries and adds loftier rise and better chew. This variation will be in the next post, The Rye Experiment, Part 2.

No, I didn’t have to buy anything for this experiment. Here is a picture of my specialty flour cupboard. Standard flours (AP, bread, whole wheat, pumpernickel,) are kept in a separate storage unit.

While the dark rye I made last week was excellent, I really wanted a lighter rye. I have never had a lot of success with light rye but found a KAF recipe and gave it a go.

I followed the directions as written with just a couple of minor changes. I like to let the proofed dough rest as the oven preheats. I removed it from the proofing bowl, put on a lightly floured piece of parchment paper, form it into a ball and cover to rest. This lets me pick up the dough from the corners of the parchment paper and place into the Dutch Oven. The method below is as KAF published it.

After the recommended baking time the bread was only 145 deg in the center. It required almost 20 more minutes for the temp to be 195. This caused both the top and bottom to brown too much, and the center was barely cooked. Next time I’ll reduce the temperature to 400 and bake for 45 min, checking the internal temp at 30 minutes. Still, good flavor, even if it was a bit of a close texture.

Day 2 of California’s Shelter-in-Place order and Bake #2 for “DeDe Bread.” Today I made two identical loaves of rye bread. One was delivered to my local family, and the other is currently being consumed by Quality Assurance Department.

Day 3’s plan is to make a replicate of today’s loaf plus a crusty loaf made in the Dutch Over. Before either loaf is delivered to likewise Shelter-in-Place friends and family the QA Department will be sampling a slice or two.

Neapolitans, not Napoleons, one-bite Blueberry Pie and Caramel Sauce while sporting a new Ugandan Youth Center produced apron Neil picked up for me on his trip to Africa last month, made for a good week in the bakery (not to mention the sandwich and NY rye breads… which I did just mention, didn’t I? Sorry ’bout that.)

The Neapolitans are chocolate cookie based with a white cheesecake center and raspberry buttercream frosting, cut into 1” squares. Next time, I need to keep any skin from forming on the cheesecake. It kept the frosting from adhering properly.

The Blueberry Bites should be dusted with some coarse sugar after being egg washed to add some sweetness and shine.  The caramelized sugar should add both. I may add a little lemon zest for a little tang.

The Caramel Sauce will be used later for a Peanut Butter/Caramel/Salted Chocolate petit four, but I had the time and it will keep in the fridge for a longtime so why not? The rest of the dessert will come later this week.

When I retired, I realized I needed a new hobby, beyond brewing beer, (I have a batch of English Bitter about to be bottled) so I decided to start baking seriously, expanding my skills and experimenting with new recipes and techniques.  Now,  having nearly mastered the concept of retirement, I bake a lot of bread. I also bake a lot of pastries, cakes, cookies, biscuits, crackers, pizza, bagels and pretzels. (I’ve gotta get another hobby!) 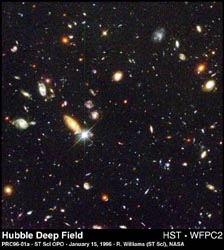 One of the holy grails of baking is to produce a good New York Jewish Rye Bread. This bread has a tangy rye flavor, chewy crumb and glazed, blistered crust. There are as many recipes and techniques to make this bread as there are galaxies in Hubble’s Deep Field image.

The recipe/method I chose was from Chef John V., A Good Cooking Recipe! This is not the easiest recipe, nor does it use the most common ingredients, however, his historical introduction rang with an authenticity that hooked me. His grandfather owned a dairy farm, as did mine. He was from Hudson NY, whereas mine was from Salisbury Vermont. He sold the farm and became a baker, whereas mine was a farmer to the end of his life. His other grandfather would work at the bakery whenever they needed help, whereas mine, did not. I didn’t say we had parallel experience, just that his sounded authentic.

Chef John V. uses some unusual, or at least uncommon (to me) ingredients that I found intriguing. Potato water: I have recipes that use small amounts of potato flour, but never potato “water”. First Clear Flour: milled from spring wheat and has a very high gluten and protein content which gives this rye its chewiness. White Rye Flour: milled from whole rye berries after the bran and germ are removed. I made the potato water and purchased the unusual flours from King Arthur (another Vermont connection.) He also uses a sour starter which requires 3 days of room temperature fermentation. When ready, the starter has a very yeasty, sour aroma – delicious.

The result of this first try was three small loaves of flavorful, aromatic, chewy crust and crumb rye bread, well worth the effort and will certainly be repeated. It might be fun to try an “easy” rye bread recipe to contrast the effort/reward of the two techniques. I think two medium sized loaves (think bigger sandwiches) would be appropropriate for this recipe.

This recipe is as close to the original as can be. The only difference is they baked it in ovens that could inject steam during the first 10 minutes, which gave the crust its blistered look and chewy texture.

Note: This is a must have proper ingredient recipe! You can’t substitute medium rye flour without a change in texture. Light Rye or White Rye flour is a must is as 1st Clear Flour. Also note that flour has a different moisture content during the winter as in the summer, so in the winter you may need to add a bit more water and in the summer a little less. No more than a few tablespoons should do—this is a stiff dough! For your success please remember to measure exactly as baking is a science.

Preparation time: Start to finish is 3 days including a sour starter

* Potato water—Peel and quarter 2 pounds of regular potatoes, cover with water and season with salt. Cook like you would for boiled or mashed potatoes, drain—saving the water the potatoes were cooked in. This is potato water, it gives bread a moist and compact texture. Save or eat the potatoes as you like.

White Rye Flour is milled from whole rye berries which has the bran and germ removed and is unbleached. Medium rye is the next grade with is darker in color and if it were to be used in this bread it would make a darker loaf but not as dark as pumpernickel.

First Clear Flour is milled from spring wheat and has a very high gluten and protein content which gives this rye its chewiness.